William Alexander Smith, a young Sunday school teacher was worried that the boys in his class were rowdy – sounds familiar? He wanted to teach his boys’ Christian principles but had to spend most of his time trying to keep them quiet. One day he had an inspiration… Smith was a part-time army officer and could get many men to do exactly what he wanted when he drilled them. Drill is a term that embodies military movement, such as marching and weapon handling.

“Suppose the Sunday school boys were like his volunteers and did drill during the week. Perhaps then they would be better behaved on Sundays.” It worked!

On October 4th 1883 The Boys’ Brigade was started. It soon became clear that Smith’s idea was just what boys were wanting and needing and soon other companies were formed, first in Scotland and then in England, New Zealand (1886) and elsewhere.

Today the organisation is represented in over 60 countries across the globe, working with up to 750,000 children and young people.

The Boys’ Brigade in New Zealand is the direct descendent of Smith’s inspiration in 1883. BBNZ offers a comprehensive programme for 6 to 18 year olds, in both a modified traditional format and a new, parallel movement with a New Zealand focus (ICONZ New Zealand) 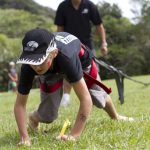 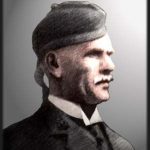 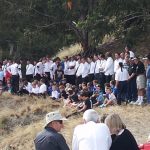